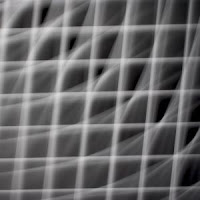 Sirens wailing, spinning lights scatter through the blinds. What a weird dream. The sound is closer, almost right next to me. Not a dream.

Opening my eyes, I roll out of bed, cross my arms and walk over to the window. Carefully tweaking apart the slats with the tips of my fingers, not knowing what scene awaits, I peer through the glass.

What is going on? It's as if I'm watching an episode of "Cops" at the end of my driveway. Only it's real. I’m nervous. We are safely ensconced in our home but I am nervous. The kids are still asleep … or they were. First the boy, then the girl, make their way into my room.

“Mommy, what’s happening? What are the lights? I see police cars.”

How do you respond when you don’t know the answers? “Just some police checking to make sure everything is OK. No worries guys.”

The sirens finally stop. I see four police officers escorting a young man to a squad car. His arms behind his back. The cops are so much bigger than he is. He gives them major attitude. They shove him onto the side of one car, and then into the backseat.

I get my kids to snuggle into my bed, but they can feel my concern in the air. “Get into the bed Mommy, things will be okay in the morning”. My boy, my protector when Daddy’s away. His sentiments echoed by my little diva.
*****
Did I ever tell you about our neighbour’s son, who blares the really loud, horrible thump and grind, hit-you-in-the-pit-of-the-stomach ”music” out of his souped-up car on their driveway? Usually perfectly timed to come on just after the bedtime books have been read? The beat is relentless into the early morning hours. Ever tell you about the time that I went over during one of these sessions, yelled over the noise (because I couldn’t hear myself think) to his mother who was standing on her driveway chatting with a friend. Shouting in frustration that I had just gotten my infant daughter and my son to sleep for school the next morning -- and did she not realize it was 9:30 on a Sunday night? We’ve thought about calling the police for noise disturbances several times over the last 8 years. But because it's been more sporadic in recent years, we’ve held off.

His parents are nice people. They gave us some BBQ lamb curry when Ian complimented the lovely aromas coming from their backyard the first summer we moved in. We received a holiday gift from them our first Christmas in the house. Granted it was obviously a re-gift (wolf clock … do we seem like wolf clock type people?) … but it’s the thought. We had trees planted in our yard, and the tractor delivering them squashed their underground sprinkler system. We offered to pay for the repairs … they said no worries. (Mind you, they didn’t share in their part of the fence, so I suppose it’s fair enough). They even invited us to the next LOUD party they had after we complained to them the first time. We couldn’t make it, but we would have if we were free. It looked like it was a blast.

This son, who my own son has noticed on the porch or driveway, often curses away on his cell phone. I myself have even heard snippets of snarling: “… the princess, yeah she gets everything she wants… and bro does nothing wrong ….”

*Faux gangsta* is what we’ve called him to ourselves. Because up until now, it’s really been just extremely loud, annoying music at inappropriate times. A man who refuses to grow up, perhaps.

After that night, perhaps not so *faux*.

Don’t even know for sure if that was him or one of his friends. I still don’t know what happened. But the one thought I had just before I finally fell back asleep? He once was a baby boy, a little boy, their little boy. My heart ached for his parents.
*****
The next morning, the birds were chirping, the sun was shining. It was back to the suburban lull. Almost as if nothing had happened.

You never know what the future holds for your children. You hope you instill in them the core values and beliefs that they can uphold themselves. To be the best that they can be.

But it's a big world out there. And try as you might, there's no way to control that world and how it can affect them. You just do your best. That's all you can really do.

You try to do EVERYTHING possible and hope for the best. But, I am going to take it one step further, I have plans drawn out for a plastic bubble to be placed around our house.

Nine police cars...jeez. There must be juicy story behind that, hope you find out and tell us :)

I hear you on this post. I sometimes look at my little girls and cannot even imagine in a million years, them putting me through what I put my parents through as a teen. Ugh.

That said, my parents did everything right, gave me every opportunity and I went in my own rebellious direction regardless. Amazingly, I grew from my experiences and came out of it heavily armed with knowledge of the dangers in the world and how to prevent my own girls from going down the wrong paths.

It happens, we can only do so much as parents.

Yes. All those people who strayed from the 'straight and narrow' - they were someone's baby once.

This is one of my obsessions as well. And I do mean obsession. But there's not much that you can really do except take it one day at a time, one problem at a time. I know, not very heart-warming, but I don't think there's any other answer.

I think that when I see someone who has erred so tragically...that they were, and probably still are, someone's baby. How does it go from someone's baby to a drug dealer/prostitute/murderer/whatever?

I would be hiding under the bed if there were 9 police cars in front of my neighbor's house. 9? That's insane.

i wanted to stop by and say thanks for commenting on my blog. true-er sentiments have never been spoken! all we can do is our best, and hope it's a good enough start.
thanks again!
amyb

1st of all that song...Doesn't that just sum it all up? I love it. It's so scary to think about our kids future. I often worry whether or not I'll have the strength to let her go her own way. Great post!

Thanks also for commenting...I'm very glad I was able to discover your awesome blog!

Karen, I have chills because you are so right, that boy was at one time little like ours. It scares me more than just about anything else I can think of.

This is why sometimes, we all just want to freeze time and keep them little and innocent. We can't of course so you are right, we need to teach them core values and respect and consequences to their actions.

Fantastic post, Karen. So true--we can only do the best we can.

I'm curious to know what was going on next door to you that night. Update please if you can.

Like we discussed earlier today, who knows what makes a 'bad seed'. What went wrong, and how and when etc. and what does the future hold for that young man and his family.

One thing I know about this town that we both share is that the police response is really great at times...sometimes it's overboard in comparison to the 'crime' they are going to investigate. I've had 9 plus cars on my street AND the helicopter up above all in response to a call in from a neighbour reporting teens from a big houseparty were running on others' property and there were some teens going to crash the party. No violence. No theft. Just the fear of it sent all those police resources our way. Don't know if that's reassuring...because the difference was your scenario involved nonstop blaring sirens...

BTW I'm busy this week after the program so I won't see you much.... Have to go return the wolf clock I picked up for you. ;)

Amen sister.
Just let them outlive us, I say.

Oh, Lord. I read stuff like this--my mind starts to travel--and before I know it I'm cowering in a corner on my knees sucking my thumb repeating "find a happy place, find a happy place." This kid thing is a huge responsibility!

That was a really, really great post. If I had an award to give...I just might give it to you. I'm with OHMommy, though...I'm working on a bubble to keep around my kids forever.

I tagged you in a meme...check out my latest post to find out more! :)

Wow. That's pretty scary. I can't fathom my guys being in that kind of trouble, but I'm sure neither could that mom.

Oh my gosh, Karen. What a great post. So full of insight :)

P.S. It looks like I'm going to have to make it a draw! So far you, and two others have the correct answers for the contest. You'll find out if you're the winner next Tuesday.

What a great post. Seriously, I have laid awake some nights worrying about the future of my two boys.

I hope that whatever trouble the boy has gotten into this was a wake up call for him.

Well done post! Illustrates so much by showing and not telling, a cardinal rule of good writing (or so I've heard). :))

Yeah, that's very sad about their boy. Unfortunately, it's not the fact that a child is someone's baby that we think of most often when a child goes in the wrong direction. We think: punish him, stay away from him, or put him away somewhere. And, naturally, people blame the parents for their limitations and for what they do or don't do in the privacy of their homes. Others will look at society and say, well what can we expect, as though society is something children need to be innoculated against. In our modern lives, we're all very disconnected and our differences seem insurmountable.

Time just goes by soo fast. It is hard to think about that being my own little baby boy. I try to just give my kids a foundation for being a good person, but I expect some rebellion. Hopefully not to the point of being arrested or getting involved too heavily in illegal activities. In other words,not to be like me. I was never arrested, but could have been.

All those police cars for one kid?? He did something MAJOR or your patrolmen are really bored. ;) 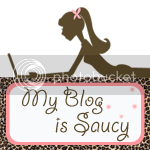